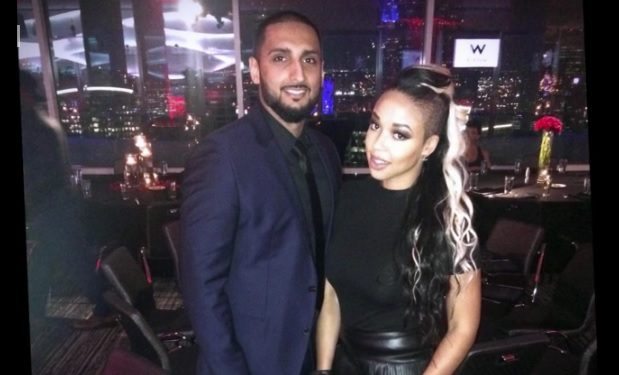 In the fifth season premiere episode of Basketball Wives LA, while Jackie Christie reunites with Shaunie O’Neal and talks about Doug Christie’s strong sex drive and how he needs it two or three times a day, Brandi Maxiell gets together with her “sister” Duffey, who’s joined the cast.

Duffey is a professional DJ and single mom, but not for long. She’s engaged to basketball agent Iman Shokuohizadeh. He works for The Lanshire Group and according to DraftExpress, he represents a number of professional athletes including NBA star Gerald Green (who might be joining the LA Lakers). According to Iman’s LinkedIn account, he graduated from The Centenary College of Louisiana and can also speak Farsi and Swedish. Basketball Wives LA airs Sundays at 9pm on VH1.