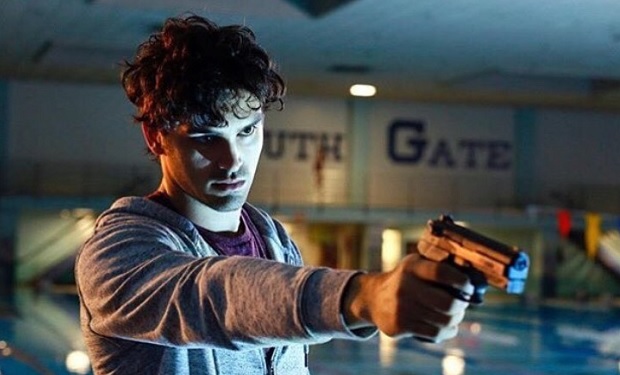 In the TV movie Killer Coach, Samantha (Javicia Leslie) is a superstar swimmer whose mother Gina (Keesha Sharp) is a former Olympic swimming medalist. Gina wants to push Samantha further in her swim career so she brings in a new assistant coach, Bryce. Her plan backfires when the new coach seduces Samantha and then stalks her.

Bryce is portrayed by Tom Maden. He’s known for his roles on Scream: The TV Series (Jake Fitzgerald), Make It or Break It (Rigo), and Parenthood (Zach Bell), among others. Maden will appear on the big screen in the upcoming thriller, The Ninth Passage starring Jesse Metcalfe. Killer Coach will premiere on Lifetime on Saturday, July 30 at 8pm.