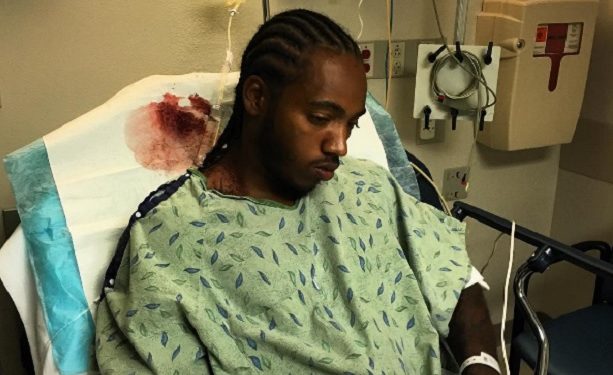 Love & Hip Hop Atlanta star Lyndon “Sas” Smith posted a photo and video from the hospital on July 3. He was shot in the head. “Got a bullet in the back of my head,” he says. But the doctors tell him he’s going to be alright. Sas is the half-brother of LHHATL’s Scrapp, who is serving five years on a drug charge, and the son of Karen KK King who was once featured on America’s Most Wanted.

Sas’ fans on Instagram are arguing over each other’s reactions. While some tell the young man to stop condoning violence, others are praying for him and are telling haters to “Leave it in God’s hands and let him take care of it.”