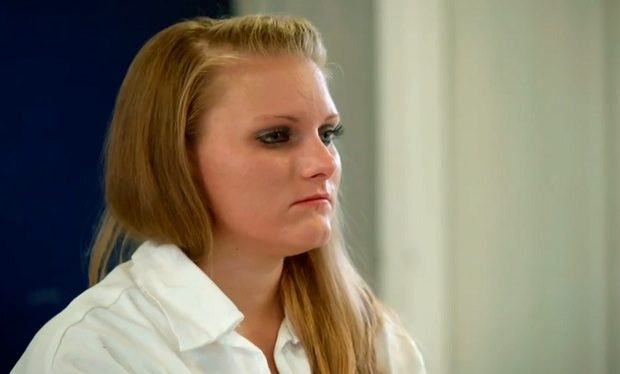 In the Killer Women premiere episode “Mastermind to Murder,” one of the killer women featured is Erin Caffey. At the age of 16, Caffey masterminded the murder of her entire family — mother, father, two younger brothers. Erin’s father Terry Caffey told Erin that she wasn’t allowed to see her 18-year-old boyfriend Charlie Wilkinson. Days later Wilkinson and his friend, Charles Waid, 20, used guns and swords to kill Erin’s mother Penny, 37, Erin’s 13-year-old brother Matthew, and her 8-year-old brother Tyler. Father Terry was shot five times and left for dead. He crawled out of the house before it went up in flames.

When caught by police, Erin Caffey said she was kidnapped which was proven to be a lie. She is currently serving two life sentences in jail. (Wilkinson and Waid are serving life without parole.) Killer Women host Piers Morgan interviewed Caffey in jail, where she said of her childhood: “When I look back on it now, this was all just stupid. I mean, for what? They weren’t beating me, they weren’t starving me to death. I had it made.” Killer Women, which airs Fridays at 8pm on TLC, is hosted by Piers Morgan.