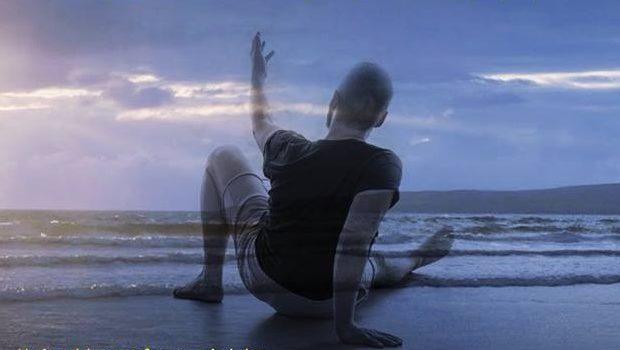 At the height of the First World War Sir Roger Casement, a former British diplomat and humanitarian activist who was sympathetic to the cause of Irish nationalism, in an effort to bolster the Irish rebellion landed on Banna Strand in Tralee, Co. Kerry with the promise of a shipment of arms from Germany. The plan went disastrously wrong: Casement was caught, stripped of his knighthood, convicted of treason in a highly-publicized, controversial trial that focused on his sexuality, and hanged. As part of the centenary commemoration of the 1916 Irish Rebellion, this Saturday will see a special dance performance on Banna Strand that will reimagine the legacy of Casement through the idea of welcoming the stranger and examine and question the idea of a national body.

Féile Fáilte is a day-long festival of dance and music organized by Irish choreographer Fearghus Ó Chonchúir that includes dance performances by several local companies, culminating in a stripped-down performance of Ó Chonchúir’s Butterflies and Bones: the Casement Project. A hundred years after Casement was executed, the project “uses dance to set in motion the fixed images and representations of the past,” and “uses the queer body of Casement and his rich and complicated legacy to address today’s questions of belonging and becoming.” It’s a fitting setting for such a project. While awaiting execution, Casement wrote his sister “when I landed in Ireland that morning, swamped and swimming ashore on an unknown strand I was happy for the first time for over a year … All around were primroses and wild violets and the singing of the skylarks in the air, and I was back in Ireland again.” You can find more information about Féile Fáilte here.

[The Casement Project is part of ART: 2016, the Arts Council of Ireland’s program as part of Ireland 2016.] 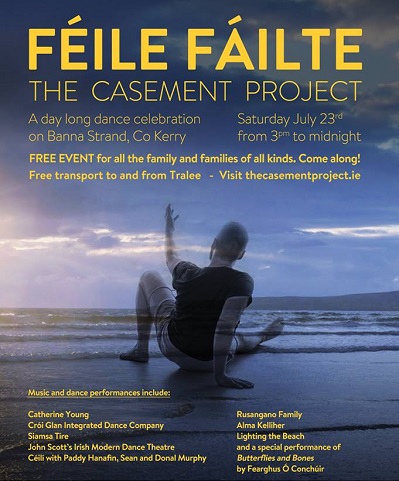