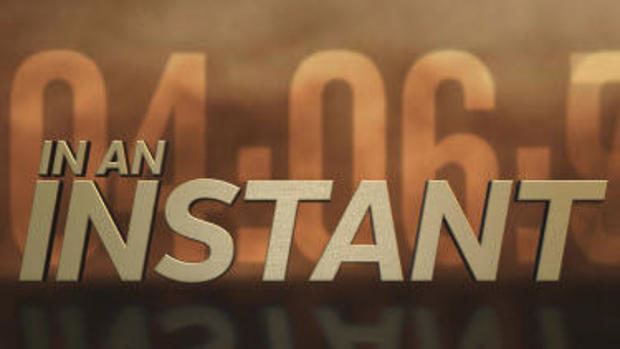 In the In an Instant episode “He Picked the Wrong Girl,” 23-year-old nurse Ashley Ware was about to leave her Fargo, North Dakota home for work on April 3, 2008, when she heard a knock at the door. When she answered, 29-year-old Vincent Degidio was there asking to use her phone. When Ware said no, he showed her his gun and forced himself inside. He then forced her to give him a ride to Moorhead, Minnesota while threatening to rape and kill her. Ware was able to escape. When she ran to a nearby auto parts shop, Degidio chased after her, robbed the store, and then fled to his apartment in Moorhead. Degidio led the police on a chase, refusing to drop his weapon. He was shot twice. In 2009, Degidio was sentenced to 28 years in prison.

Ware wrote a two-page letter to US District Judge Ralph Erickson, who sentenced Degidio. In it she wrote that she forgives Degidio. The judge said the letter “deeply moved” him. The letter was not made public, but Ware’s forgiveness also “surprised and moved” Degidio, according to his attorney Christopher Lancaster. Lancaster said: “He (Degidio) wondered how she would be able to do that and was extremely appreciative of that.” In an Instant airs Fridays at 9pm on ABC.