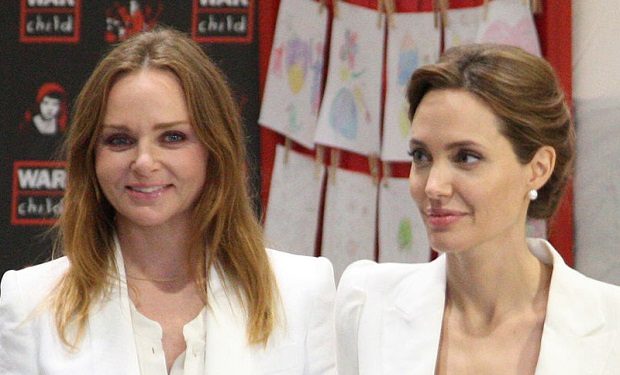 Fashion eminence Stella McCartney will make men’s wear for the first time, she announced at Pitti Uomo. McCartney has designed almost exclusively for women since bursting onto the fashion scene in the mid-1990s. She was made Creative Director of Chloe in Paris in 1997 and began the Stella McCartney label in 2001. McCartney’s influences have deep roots in men’s wear and the expansion of her enterprise is no great surprise.

Known for her “signature style of sharp tailoring, natural confidence and sexy femininity” McCartney will bring the primarily the first two characteristics to the new gig. (Though a certain amount of sexy femininity in McCartney’s men’s wear may emerge too.) The New York Times reminds that McCartney has made men’s wear before, albeit for a select group including her husband, her father (Paul McCartney), David Bowie and Guy Ritchie. McCartney also has a longstanding partnership with Adidas that has given her an enviable window into the athleisure market that will doubtless influence her men’s collections. That and a rich early background on Savile Row. Announcing the new business, McCartney said, “It’s time to start talking to men.”