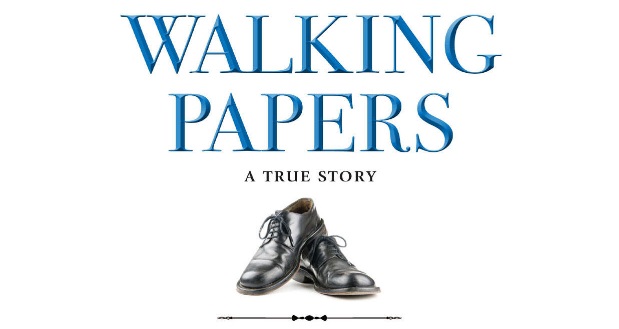 Francesco Clark’s extraordinary autobiography Walking Papers tells the story of Clark’s life after he became a quadriplegic. It is a book full of courage and grit, philosophical revelations and stormy emotional summits. It is also a true story, a quality that makes it different from Me Before You, both the feature film now in theaters and the Jojo Moyes novel it’s based on.

Francesco Clark’s inspirational story* — subtitled “the Accident that Changed My Life, and the Business that Got Me Back on My Feet” — makes an appearance in the film, something Clark wasn’t told about. “I was never asked if my book could be included in the movie, nor was I ever told that it would be included,” Page Six learned from Clark, who’s unhappy about his book’s inclusion. Clark is opposed chiefly because his story and the Me Before You story (starring Sam Claflin and Emilia Clarke) are in many ways diametrically opposed. Without going into spoiler detail about the fate of the quadriplegic protagonist in the movie, it is a very different result than the way Clark’s life has turned out.

*Clark suffered a spinal cord injury in 2002 when he was in his twenties and has since been an advocate and role model for living a vigorous life despite limitations.