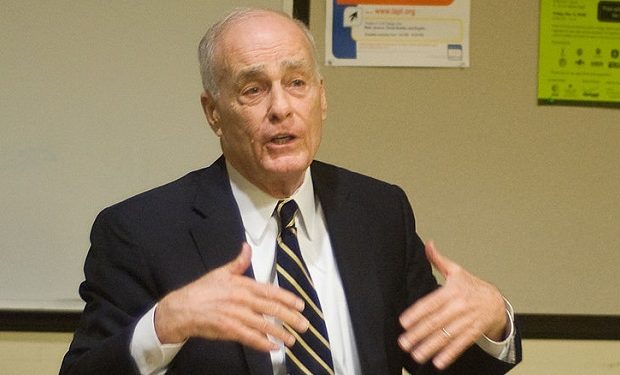 Dateline NBC is airing a special one-hour special about Charles Manson and the Manson murders that occurred during the summer of 1969. The network will show rarely-seen footage from its news archives including interviews with Manson and prosecutor Vincent Bugliosi who co-authored the 1974 bestseller Helter Skelter, which detailed the investigation, arrest and prosecution of Manson and the Manson family.

Bugliosi went on to write an additional 11 books including The Prosecution of George W. Bush for Murder in 2008. Begliosi believed President Bush should have been charged with the murders of more than 4,000 American soldiers who died in Iraq since Bush, according to Bugliosi, launched the Iraq invasion “under false pretenses.” It was one of Bugliosi’s four books that were made into films. The 2012 documentary film The Prosecution of an American President was based on Bugliosi’s Bush book. In June 2015, Bugliosi died at the age of 80. Dateline NBC will air its Manson special on June 16 at 8pm. It will be followed by the Season 2 premiere of Aquarius.