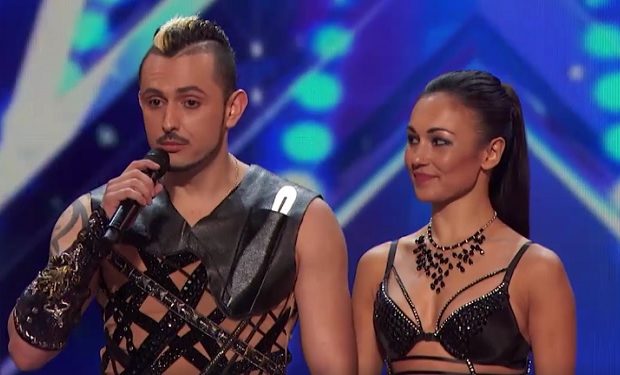 Alfredo and Anna Silva are the knife-throwing married couple competing on Season 11 of America’s Got Talent. Alfredo acknowledges that knife-throwing isn’t the newest thing, but they are trying to make “something really old into something new.” Before their audition on AGT, Alfredo admits to hitting Anna twice. He goes on to explain just how dangerous it is: “I can kill her, if I throw it [a knife] just a millimeter too close.”

Alfredo also tells the audience that it is Anna who’s pushing him to do crazier tricks. Before the performance, the couple fist-bumps and then shares a kiss. Anna isn’t your typical, sexy knife-throwing assistant. She turns around and moves side to side as her husband throws knives at her. It’s unbearable and totally fascinating to watch. America’s Got Talent airs Tuesdays at 8pm on NBC.