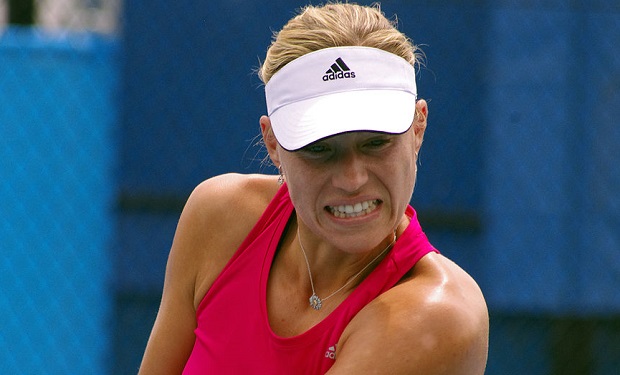 Since the Open Era in tennis began in 1968, Wimbledon has crowned 96 singles champions. 22 times those champions have been left-handed. That makes 23% of Wimbledon singles champions lefties. Is it a coincidence — or is there something more? (The US Open, by comparison, boasts just 18 during the same span — and Monica Seles, a lefty and two-time winner, played two-handed from both sides.)

It could have to do with the slick grass surface and the big wide kicks of the lefty serves a la John McEnroe, yet Jimmy Connors was not known for his service power and nor has the serve been Rafa Nadal‘s greatest weapon (though it has been a good one). With about 10% of people being left-handed, 23% is obviously a big increase over the average. Champions who’ve won a lot like Martina Navratilova tip the scales, of course, but it’s interesting to consider. The best-left hander today, Rafa Nadal, is out of this year’s Wimbledon. Lefthanders to watch include Australian Open champion Angelique Kerber and Spain’s Feliciano Lopez.