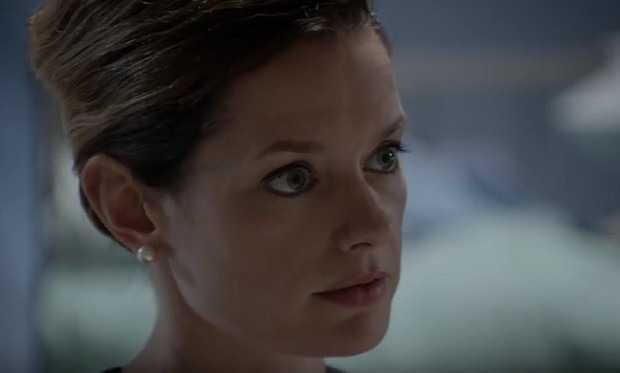 The awesome premise of the TV movie Where’s My Baby? tells the story of a pregnant woman named Marissa Davis (Nicole de Boer) who is hit by a car and slips into a six-year coma. When she awakens, she remembers giving birth to a baby girl. When she meets her best friend Heather’s six-year-old daughter, Abby, Marissa starts to put the pieces together.

Heather Ward is portrayed Gina Holden. The Canadian actress is known for her roles on the TV movie The Exorcism of Molly Hartley (Dr. Laurie Hawthorne), Teen Wolf (Claudia Stilinsk9), Suits (Monica Eton), Fringe (Kate Hicks), and R.L. Stine’s The Haunting Hour (Gresilda), among others. Holden will appear next in the action/thriller Heartbeat, to be released in August. Where’s My Baby? premieres on LMN on Mother’s Day, May 8 at 8pm. It will air again on May 9 at 12pm.