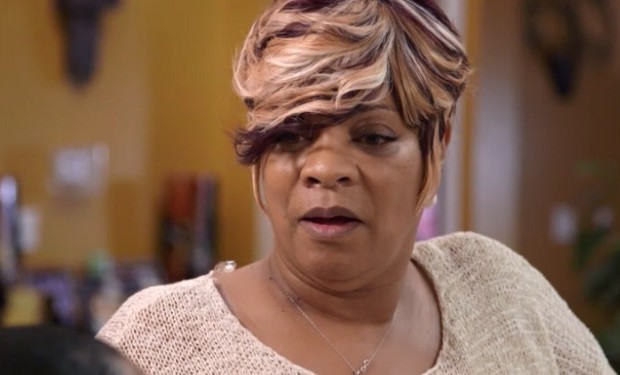 In the Love & Hip Hop Atlanta episode “Mother of All Problems,” Tammy brings her friends Shod and Rasheeda to visit Waka Flocka Flame’s mother Deb Antney. After Deb serves her three guests a home-cooked meal, Rasheeda tells Deb that her mom Shirlene and Scrappy’s mom Momma Dee have been arguing. Rasheeda asks Deb to mediate a sit down with the two mothers. Deb agrees to play referee.

Deb Antney, founder and CEO of Mizay Entertainment, is known for managing hip hop artists including Nicki Minaji and rapper Gucci Mane, and of course her son Waka Flocka Flame. She is also the mother of KayO Redd who at 22 committed suicide in December 2013. Shortly after his death, she became a grandmother (KayO’s baby girl) and founded PledgeNoRIP (No Reckless Internet Posting). According to the PledgeNORIP website, “a weight that weighed heavily on KayO and his family were the evils of the internet and the reckless, thoughtless people who spread vicious rumors and fed into harmful gossip regarding his mother and other members of their family.” Although Deb’s son Waka Flocka and Tammy decided not to return on the show, Antney says she’s “not abandoning her show for nothing or nobody.” Deb has been a guest star on LHH ATL since the beginning. Love & Hip Hop Atlanta airs Sundays at 8pm on VH1.