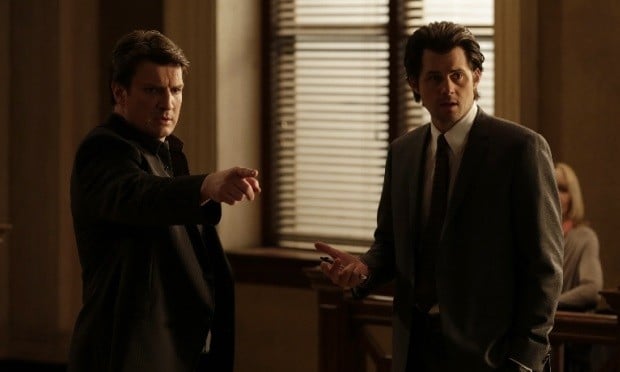 In the season finale episode of Castle, ‘Crossfire’, Castle (Nathan Fillion) and Beckett (Stana Katic) set out to take on LokSat but of course it’s not easy. In addition to putting the lives of others in danger, Beckett has to worry about Castle — who’s been kidnapped and injected with a truth serum by a man named Mr. Flynn (guest star Jed Rees). Defense attorney Caleb Brown will make a reappearance. He has warned Beckett in the past about pursuing LokSat — “it’s not going to end well” he said — but Beckett isn’t the kind of cop to give up.