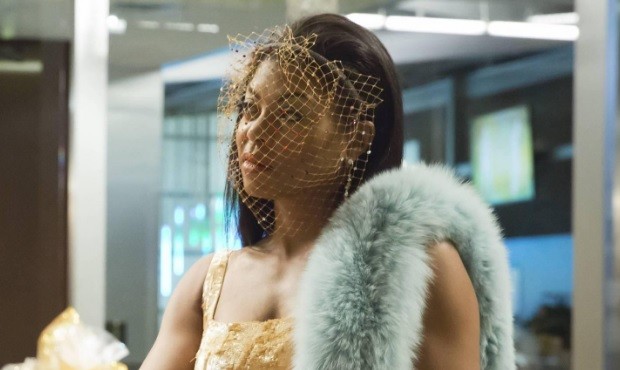 In the Empire episode “Rise by Sin,” while Hakeem Lyon (Bryshere Y. Gray) struggles to find a place for his fiancé Laura (Jamila Velazquez) in both his family and his career, his brother Jamal (Jussie Smollett) warns friend/rapper Freda (Bre-Z) about his family’s ulterior motives. The family drama comes to a climax at the ASA Awards. Before the family performance on stage, Cookie (Taraji P. Henson) is interviewed outside on the red carpet wearing a golden veil. She tells the media, “We not the Brady Bunch, hell, we ain’t even the Jacksons,” but she says with pride, “We are the Lyons.”

[Golden birdcage veils can be found on Amazon]

Will Cookie’s pride and veil protect her from the shots fired inside — at the awards ceremony? Jamal did warn her that “They’re coming for Lucious.” Right when things seem be going okay with Cookie and Lucious, too. Empire airs Wednesdays at 9pm on FOX.