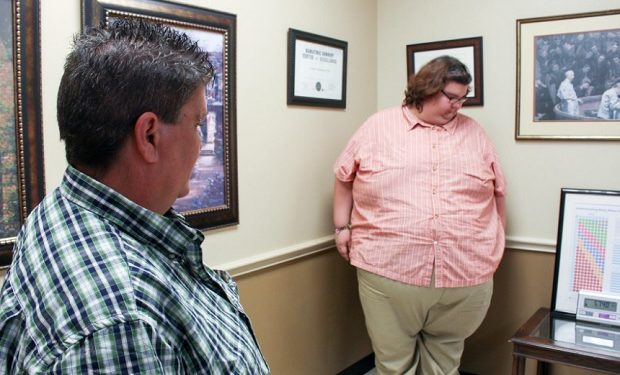 On the TV docu-series My 600-lb Life, cameras follow severely obese people who meet with Dr. Nowzaradan, an expert in weight-loss surgery. The doctor tells all of his 600+lb. patients that they need to lose significant weight prior to the surgery, which is an agonizing challenge for most. The series has been on air for 10 years and claims to have helped “34 people collectively loss more than 8,000 pounds.” One of them is Chay.

Chay weighed 597 pounds when he first met Dr. Nowzaradan. Chay made some progress in losing weight but when his grandmother died — she’d been his champion for losing weight — Chay regressed. He started seeing a counselor and started dealing with his emotions. One year later and Chay weighs 478 pounds. During his check-in visit with Dr. Nowzaradan, Chay tells the doctor that he is transgender and wants to pursue gender reassignment surgery. The doctor tells Chay to wait, which he does while finding some emotional satisfaction in dressing as a woman. When Chay reveals that he is a transgender woman and goes by the name Lola, not everyone in his family approves. My 600-lb Life airs on Wednesdays at 9pm on TLC.