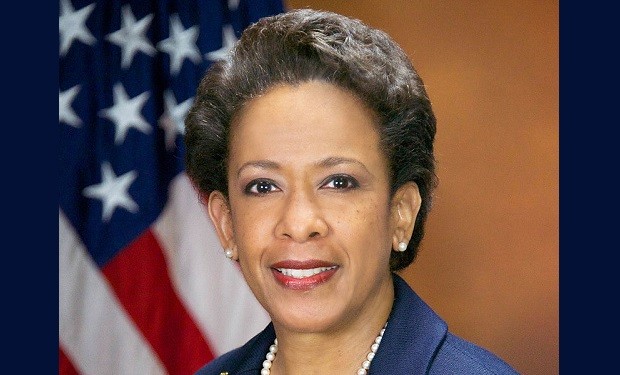 US Attorney General Loretta Lynch brought soaring rhetoric to her remarks explaining the Justice Department’s suit to stop North Carolina’s alleged discriminatory practices against transgender individuals. Lynch’s cadence and elocutionary rhythms echoed those of a minister as much as a lawyer — indeed some of her sentences had rolling church rhythms akin to verse. No surprise: Lynch’s father was a Baptist minister.

While also a practical assertion of the government’s legal case, Lynch’s remarks, in both sentiment and style, mined a deep vein of inspirational rhetorical style practiced by such politically-minded poet-preachers as James Baldwin and Martin Luther King, Jr. Lynch, like her forbears, gives her remarks historical sweep and empowers them with a vision of inexorable transition and an understanding of sacrifice and struggle. Loretta Lynch, you might say, has a dream — and the position to help America pursue it. It’s easy to imagine Dr. King uttering any of the text below.

The remarks in full can be found here. Some highlights:

“Let me speak now to the people of the great state, the beautiful state, my state of North Carolina. You’ve been told that this law protects vulnerable populations from harm – but that just is not the case.”

“No matter how isolated or scared you may feel today…  know that  we see you; we stand with you; and we will do everything we can to protect you going forward.”

“We have moved beyond those dark days, but not without pain and suffering and an ongoing fight to keep moving forward. Let us write a different story this time.”

“Instead of turning away from our neighbors, our friends, our colleagues, let us instead learn from our history and avoid repeating the mistakes of our past.”

“Some of these responses reflect a recognizably human fear of the unknown, and a discomfort with the uncertainty of change. But this is not a time to act out of fear. This is a time to summon our national virtues of inclusivity, diversity, compassion and open-mindedness. “

“This is not the first time that we have seen discriminatory responses to historic moments of progress for our nation. We saw it in the Jim Crow laws that followed the Emancipation Proclamation. We saw it in fierce and widespread resistance to Brown v. Board of Education. “