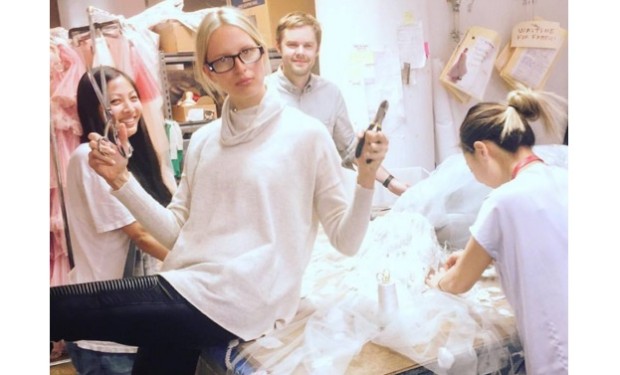 Karolina Kurkova is the Czech-born supermodel best known as a former Victoria’s Secret Angel. Since then she’s gotten married (to actor Archie Drury), had two kids, played herself on Person of Interest and 30 Rock, and launched her own fragrance. Still, Kurkova finds time to attend big events including the 2016 Met Gala in New York.

Kurkova has the advantage of knowing how to properly prepare before a big catwalk or red carpet event like the Met Gala. She’s been posting all of her tricks on social media — a good night’s sleep in a fancy hotel without kids; oatmeal breakfast served in her fancy hotel room; and a moisturizing face mask. Kurkova has also released a photo of some sort of microchip that she’s “infusing into her MetGala dress.” (See below). E! Live From the Red Carpet: The 2016 Met Gala will air Monday, May 2 beginning at 7:30pm.

A sneak peek into the #technology we r infusing into my #MetGala dress! Can u guess what this’ll do? ✨ #wearabletech pic.twitter.com/sJhyxZnFC4