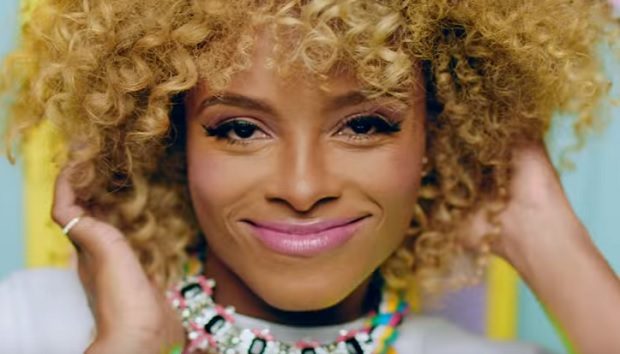 On the Season 22 finale of Dancing with the Stars, one of the three celebrity finalists — Ginger Zee, Paige VanZant, and Nyle DiMarco — will receive the Mirror Ball Trophy. But before that, a number of superstar performers will entertain the crowd including DWTS alumni Maksim and Valentin Chmerkovskiy. They’ll be giving a sneak peek of their summer tour, Maks & Val Live On Tour: Our Way. Musical guests will include Pitbull, Fifth Harmony and Fleur East.

If you never heard of Fleur East, you’re not alone. The 28-year-old English singer, songwriter, and dancer is best known in the UK from her appearances on The X Factor – in 2005 as a member of the girl group Addictiv Ladies, and as a solo artist in 2014. Since then, she’s signed to Simon Cowell’s Syco Music label and released the full-length album Love, Sax and Flashbacks. The album includes her hit single “Sax” — which according to the chorus should really be titled “Give it to me!” (see video below). The finale of Dancing with the Stars will air Tuesdays, May 24 at 9pm on ABC.