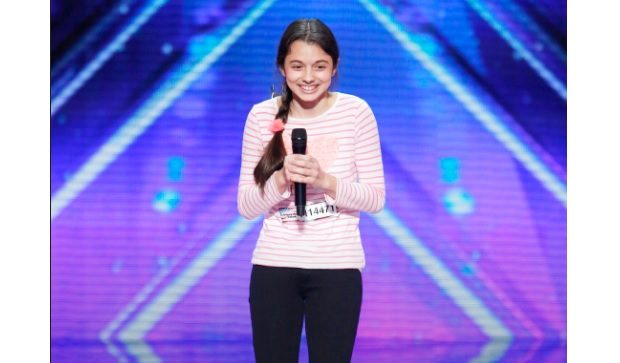 Laura Bretan is the 13-year-old opera singer whose voice blows everyone away on Season 11 of America’s Got Talent. This isn’t her first time on TV. Laura appeared on Romania’s Got Talent, where before her performance she spoke fluently with the judges. She is Romanian but was born in America. On the show, Laura says her grandfather wanted her to perform in Romania so she did. The moment she opens her mouth to sing, the judges stand in silence, in disbelief. The audience is moved to tears. After the performance, the judges walk on the stage to hug and kiss Laura — who is also moved to tears.

On the American talk show Windy City Live, Laura said she realized she had a gift when she was 7 years old, while watching the Sleeping Beauty movie. “I started singing along with her and I showed my mom,” she explained. But her mother didn’t like it because it wasn’t Christian music. Apparently Laura and her mother have reached a middle ground with opera. America’s Got Talent airs Tuesdays at 8pm on NBC.