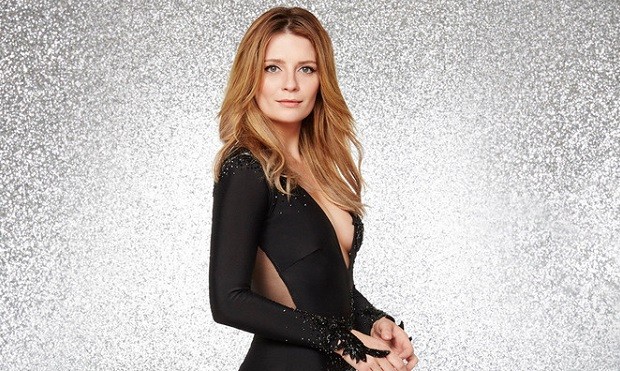 On Dancing with the Stars, the celebrity contestants were asked to pick their most memorable year. Actress Mischa Barton choose 2008. To reflect that memorable year, Mischa and her pro dance partner Artem Chigvintsev will perform a Samba to Miley Cyrus’ “Party in the USA.” Artem wrote on his blog for JustJared, “Latin is a much better fit for Mischa, and I’ve seen her smile way more this week than the past few weeks.”

Why 2008? Between her DUI (December 2007) and psychiatric confinement (July 2009): many good things happened to Barton’s career. In February 2008, Barton won the InStyle “icon of the year” award from Karl Lagerfeld at the VIPer Awards in Berlin. In May, the 22-year-old starred in the film Assassination of a High School President with Bruce Willis (father of former DWTS champ Rumer Willis, of course.) When the film premiered at the Sundance Film Festival, The Hollywood Reporter called Barton’s performance “captivating.” At the end of the year, Barton launched her 14-piece handbag collection and a line of headbands. Dancing with the Stars airs Mondays at 8pm on ABC.