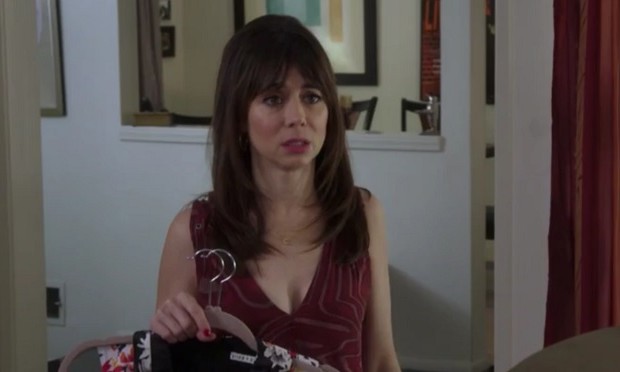 It’s been 25 years since standup comedian Andrew Dice Clay was on top of the world, doing 80,000 seats a week. Now he’s trying to resurrect his career in his semi-autobiographical comedy series on Showtime, Dice. In the premiere season episode “Elvis,” Dice’s girlfriend Carmen gives Dice the chore of getting her brother a wedding gift. While shopping, Dice ends up at the casino and loses $100,000. (They live in Vegas.)

Carmen is portrayed by Natasha Leggero. She’s known for her roles on Superstore (the shoplifter), Another Period (Lillian Schmemmerhorn-Fish), and Suburgatory (Nora), and in the films Let’s Be Cops (Annie), Neighbors (Prostitute), and He’s Just Not That Into You (Amber), among others. Leggero also starred in the hilarious Tubbin’ With Tash (see below). Dice airs Sundays at 9:30pom on Showtime.