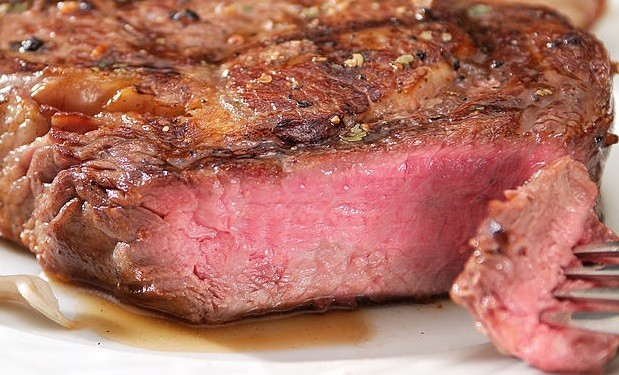 Medical science has revealed a serious new danger related to eating red meat that can result in an instant allergic reaction possibly resulting in death. It can happen to people who have eaten red meat all of their lives with no previous problem. Although recognized two years ago, the reaction has now been found to be due to an allergy caused by a bite from a tiny critter called the Lone Star tick. It is now known that the insect produces a special sugar in its gut called “Alpha-Gal,” to which humans are sometimes allergic. Alpha-Gal is also found in red meat, so someone who developed an allergy to that sugar through a Lone Star tick bite could then have a strong allergic reaction to eating red meat.

The symptoms that can occur just a few minutes after ingesting the meat can be those of anaphylactic shock. Any of the following might herald its onset: itching anywhere, skin swelling, hives, swelling of the lips or tongue, nausea, vomiting, shortness of breath, sudden unexplained coughing, wheezing, dizziness, a fall in blood pressure and a weak pulse. While these are treatable, the worst that can happen are shock, passing out and closure of the throat from swelling, all of which can be fatal in a short time, so medical attention is urgent. Although the Lone Star tick problem can be found in all the eastern, southeastern and some central states, one could really think of it as the revenge of the longhorns. So it might be prudent to bring an EpiPen along the next time you chow down at a Texas barbecue.