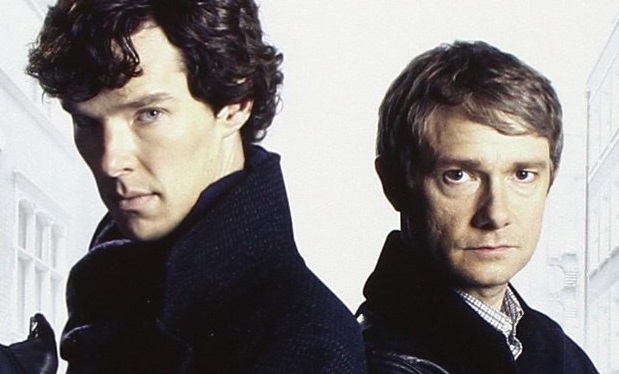 The game’s afoot for season 4 of Sherlock. Fans of the show will be thrilled to hear that filming has already begun in London, only days after Benedict Cumberbatch wrapped production on Doctor Strange. Cumberbatch and co-star Martin Freeman are back at 221B Baker Street, and other series regulars are taking part, including Freeman’s real-life wife, Amanda Abbington, as Watson’s wife, Mary. “The nation’s favorite detective, the mercurial Sherlock Holmes, [is] back once more on British soil, as Doctor Watson and his wife, Mary, prepare for their biggest ever challenge – becoming parents for the first time,” reads the synopsis by co-creators Mark Gatiss and Steven Moffat, who also promise that “ghosts of the past are rising in the lives of Sherlock Holmes and John Watson bringing adventure, romance and terror in their wake. This is the story we’ve been telling from the beginning. A story about to reach its climax.”

Fans will no doubt be flooding the Internet with posts about what those ghosts of the past might be. The major question at the end of Season Three was “Is Moriarty still alive?” The one-off Christmas special cleverly avoided answering that, opting instead for a bit of Victorian jiggery-pokery. The new season will also be notable because the first episode is being directed by Rachel Talalay, the first female director the show has had. This is welcome news (as much as everyone likes the series, it can feel sometimes like a bit of a boys’ club). Season 4 of Sherlock will air in 2017.