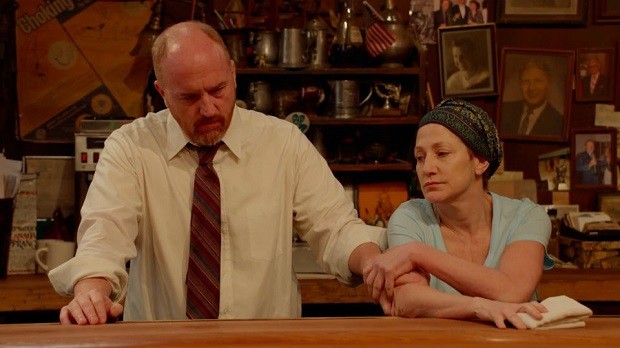 Louis CK in Horace and Pete

Louis C.K. first chatted live with Howard Stern in 2006, so Monday’s appearance marks the 10th anniversary of the comedian’s Stern Show status. Ten tremendous years they’ve been for Louis C.K. as he has continually broken new ground creatively and professionally. He’s been an entrepreneurial innovator in using the Internet to move his product, and his show, Louie, has been a smash since it debuted in 2010.

What keeps Louis so relevant is his passion and relentless search for the funny truth, the comedy in honesty. He doesn’t keep a lot to himself. So he and Stern get on famously, as the saying goes. Here are 10 things Louis has revealed over the years while talking to Howard Stern, a man who understands him.