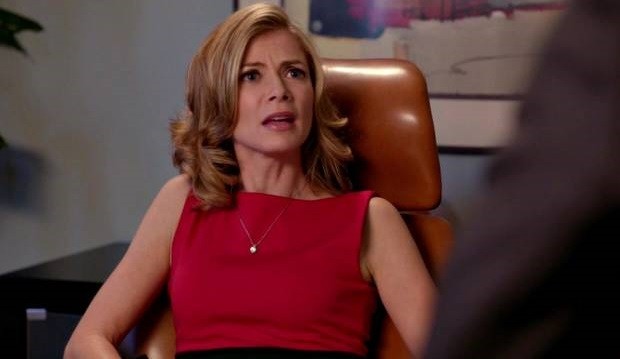 In the New Girl episode “Sam, Again,” Jess (Zooey Deschanel) reunites with her ex-boyfriend Sam (David Walton) who is dating the principal (Lucy Punch) of the new progressive school where Jess wants to teach. Meanwhile Schmidt (Max Greenfield) is doing his best not to get sick from Nick at the loft, before his big presentation in front of his flirtatious boss Kim.