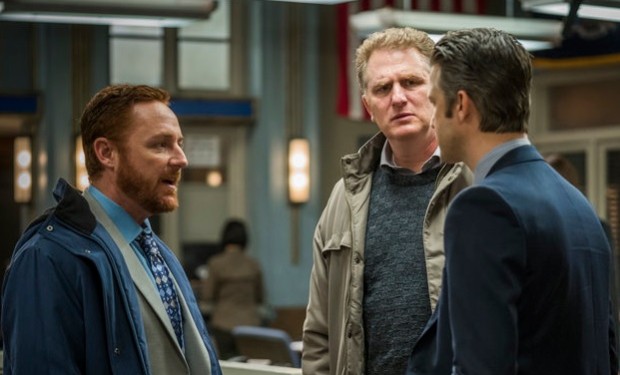 Richie Caskey is portrayed by Michael Rapaport. He’s known for his roles on Public Morals, Justified (with Scott Grimes!), Prison Break (Don Self), My Name Is Earl (Frank), Boston Public (Danny Hanson), and Friends (Gary, Phoebe’s cop boyfriend). Rapaport is also recognized for his roles in the films Mighty Aphrodite and The Basketball Diaries