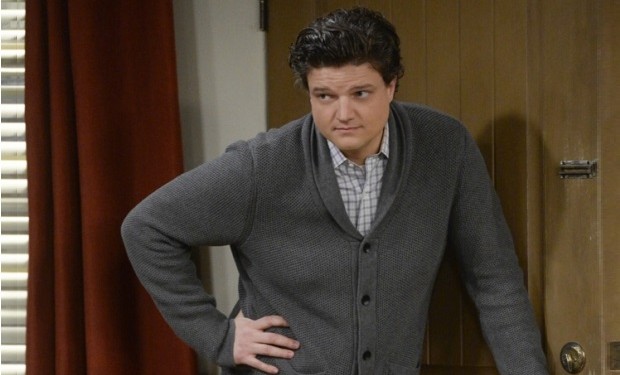 In the Mom episode “Nazi Zombies and a Two Hundred Pound Baby,” Bonnie (Allison Janney) suspects that her daughter Christy (Anna Faris) is falling for her ex-husband Baxter, again. Christy is the kind of person who will drop everything if a friend is in need, and lately Baxter is dropping by more often — in need… and in the middle of the night.

Baxter is portrayed by Matt Jones. He’s recognized for his roles on NCIS (NCIS Probationary Agent Ned Dorneget), Breaking Bad (Badger), and The Office (Zeke). Jones is also an accomplished voice actor. You can hear him on Pig Goat Banana Cricket (Pig), Sanjay and Craig (Hector Flanagan), and Kick Buttowski: Suburban Daredevil (Gunther), among others. Mom airs Thursdays at 9pm on CBS.