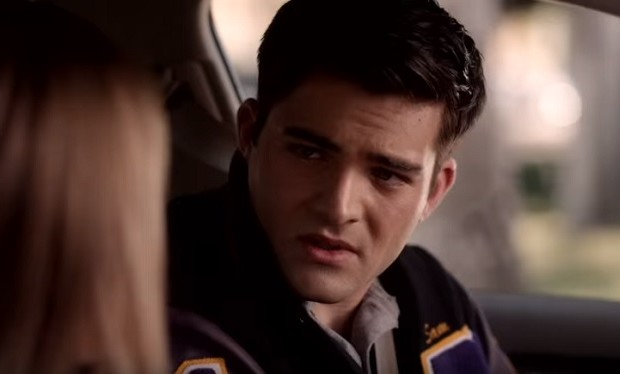 In the TV movie The Perfect Daughter, high school hockey star and president of the student body Sam Cahill asks 15-year-old Natalie Parish (Sadie Calvano) to watch him play. After the game, he invites her to his house for a party. When Natalie’s father Martin Parish (Brady Smith) discovers Natalie totally wasted, he freaks out. Martin accuses Sam’s father, the rich and arrogant Bruce Cahill (Parker Stevenson), of giving the kids alcohol. Cahill says it’s not his fault Natalie can’t hold her liquor.

Sam is portrayed by Reiley McClendo. He’s appeared on tons of TV shows including Will & Grace, ER and Law & Order but he’s best known for his recurring roles on The Fosters (Vico Cerar) and Just Legal with Don Johnson (Tom Ross). The Perfect Daughter will premiere on Lifetime on March 26 at 8pm. It will air again on March 27 at 12am and 3pm.