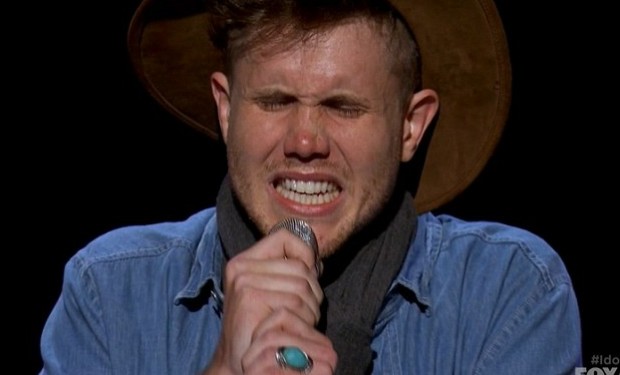 Trent Harmon is one of the Top 5 competing on the fifteenth and final season of American Idol. The 25-year-old from Mississippi is known for wearing hats and making weird faces. How weird are they? So weird that Idol mentor Scott Borchetta told Trent to try to control them (the faces, not the hats). Like the other contestants, Trent has made a lot of changes.

Trent understands the need to change some, “because you can’t get boring,” however there is a line. He used former One Direction singer Zayn Malik’s recent face tattoo as an example. If you’re going to get a face tat, Trent suggests getting what Malik got (“M.O.M.”) because “That’s pretty much the only lady that you can trust from day one until the end! So, if you’re gonna get one, either mom or grandma!” Note: Malik’s tattoo was a fake. American Idol airs Thursdays at 8pm on FOX.