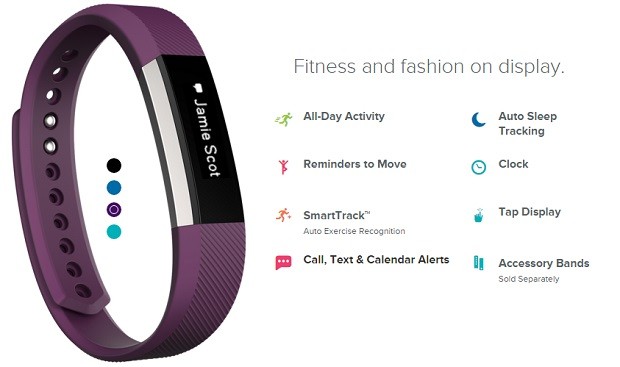 With the new Fitbit Alta, the fitness tracking leader has delivered a product that really raises its game on the style front. The Alta is undeniably sleek and stylish-looking — it’s stylish enough that you might even wear one if it didn’t keep tabs on your heart rate and tell you to get out of your chair once in a while. The sleek steel body and the colorful interchangeable bands give the Fitbit Alta both solidity and serendipity.

But the Fitbit is not a bracelet, it’s a device. And it’s a device that’s obsessed with you. So by definition, a Fitbit is self-conscious. (In fact a Fitbit is pretty much the most self-conscious thing you can wear — literally.) And self-consciousness is not cool. Because ever since cool became a thing a big factor in being cool has been not being self-conscious. Paul Newman didn’t know his heart rate all the time. Madonna didn’t track her vitals when she was pushing her love over the borderline. (Those Madonna bracelets

tracked nada.) Adele? Please. Mick Jagger — he keeps his beat himself, thank you. Aretha Franklin? Who else is cool? You’ve got your list. Are they obsessed with how many steps they take each day? Nah, that’s a fan’s job. The Fitbit Alta is pretty damn stylish now — for a gadget, it’s a beauty. A Paloma Picasso on your wrist, that’s cool. The new Tory Burch Fitbit is on its way though…