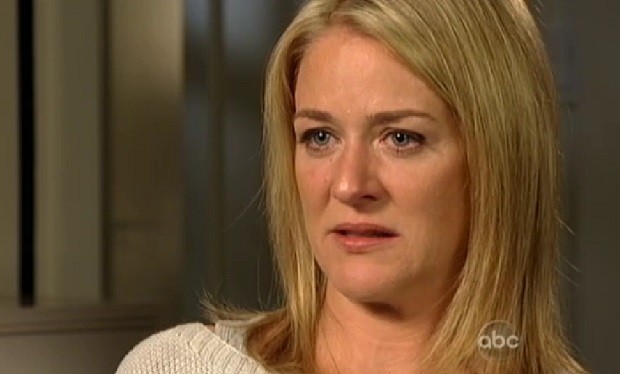 Bernie Madoff was in prison when his 46-year-old son Mark Madoff killed himself. While Mark’s wife of six years Stephanie took their 4-year-old daughter Audrey to Disney World, Mark stayed behind in their Soho loft and took care of their 22-month-old son Nicholas. While in Florida, Stephanie received two emails from Mark. One had the subject: Help. He told her to send someone to take care of the baby. The second email just had the subject line: I love you. Mark hung himself in their apartment.

After the TV special Madoff starring Richard Dreyfuss as Bernie Madoff, ABC will air After the Fall. The one-hour special will feature interviews with people associated with Madoff including his secretary of 25 years, Eleanor Squillari, and his lawyer Ira Sorkin. It will also discuss what Stephanie Madoff revealed in her 2011 memoir The End of Normal. Note: In June 2015, the Soho loft where Mark killed himself sold for $9 million. The couple bought it in 2005 for $6.1 million. After the Fall airs February 4 at 10pm on ABC.