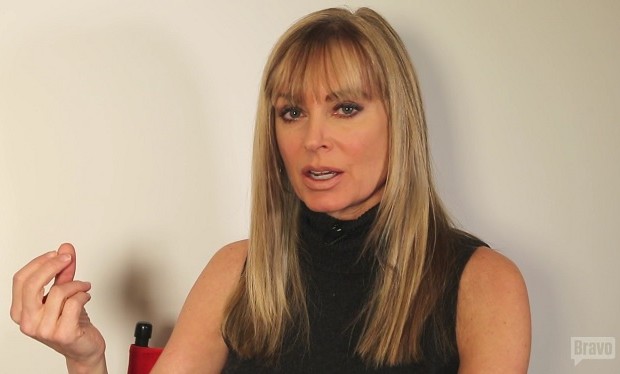 On the Real Housewives of Beverly Hills, Yolanda Foster asks Lisa Vanderpump to read her children’s medical records – to prove to her that they (Bella and Anwar Hadid) indeed do have Lyme disease. On a previous episode, Lisa had said Yolanda’s ex-husband Mohamed (father of Bella and Anwar) told her the kids are fine. Lisa thought that meant the kids didn’t have Lyme disease, just the opposite of what Yolanda had publicly announced.

Then at a pool party at Erika Girardi’s, Eileen Davidson tries to help clear the name of her friend Lisa Rinna, who’s also taking heat for seeding the Yolanda’s-kids-don’t-have-Lyme-disease rumor. Davidson may know more than anyone else, at least about what the father thinks. She’s been hanging out in Hollywood with Mohamed and his girlfriend (see below). And note Eileen’s new do! Real Housewives of Beverly Hills airs Tuesdays at 9pm on Bravo.