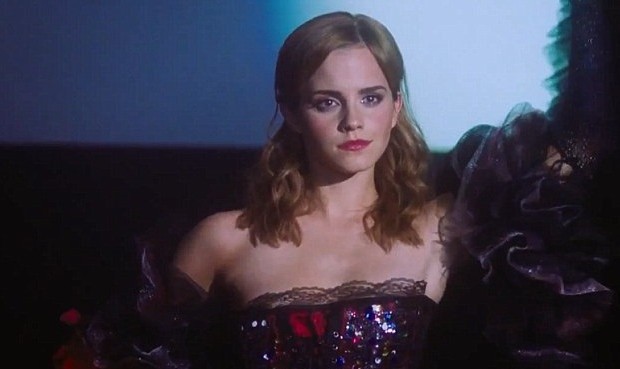 Emma Watson in 'The Perks of Being a Wallflower'

Media are scouring the archives of Donald Trump’s appearances on Howard Stern’s shows looking for evidence that Trump has character flaws. It’s a strange mission; Trump’s character flaws — egomania, paranoia, opportunism, insensitivity, and sexism — are a large part of his appeal. Playing gotcha with the Donald has worked only to his advantage. Besides, with Trump you don’t have to go looking for stuff he’s said that’s distasteful — you can just wait and he’ll do it again tomorrow. Still one sentence from a Stern appearance stands out among many. Talking about the actress Nicollette Sheridan, Trump once said: “A person who is very flat-chested is very hard to be a 10.”

Besides the grammar issues — it’s live radio — this sentence falls into the fat category called classic Trump testosterone terrible. First of all ranking women physically on a scale of 1-to-10 is for Olympic figure skating and gymnastics, not for objectification on pure looks. That went out with Bo Derek. Second, Trump can’t possibly imagine a woman being ideal without fitting into his buxom stereotype? That shows a horrible lack of imagination and also leaves Audrey Hepburn, Kate Hudson, Natalie Portman, Kristen Stewart, Keira Knightley, Lupita Nyong’o, Emma Watson, Zoe Saldana, Cara Delevingne, Kate Moss, and Kendall Jenner without status on the Trump beauty scale. (Which should please them, of course.) How much more should it take to convince people that the man’s judgment can’t be trusted?