Daniel Villegas was the 16-year-old who confessed to a double murder in El Paso, Texas in 1993. He was sentenced to life in prison. With the help of his former sister-in-law’s husband, businessman John Mimbela, another investigation revealed that Villegas was coerced by police to give the confession. Villegas spent more than 20 years in jail before being released in January 2014. He is awaiting another trial.

Now Villegas’ case is influencing the 2016 District Attorney election in El Paso. John Mimbela is fighting to get the current DA Jaime Esparaza, who is preparing for Villegas’ retrial, out of office. Mimbela is supporting attorney Leonard Morales who is running against Esparaza. (Yvette Rosales is the other attorney running for the office.) Election Day is March 1, 2016. Dateline NBC is rebroadcasting its episode “In the Shadow of Justice; The Confession” about Villegas on February 7 (7pm, NBC). 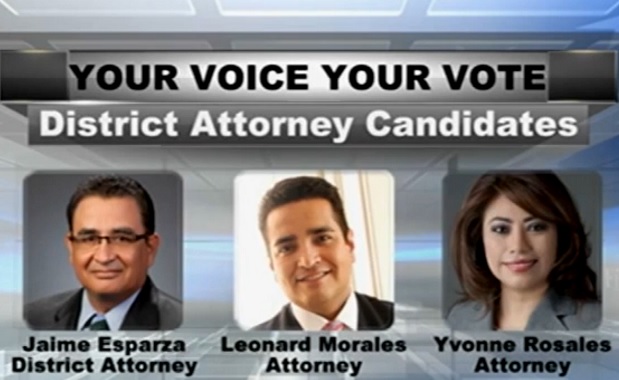