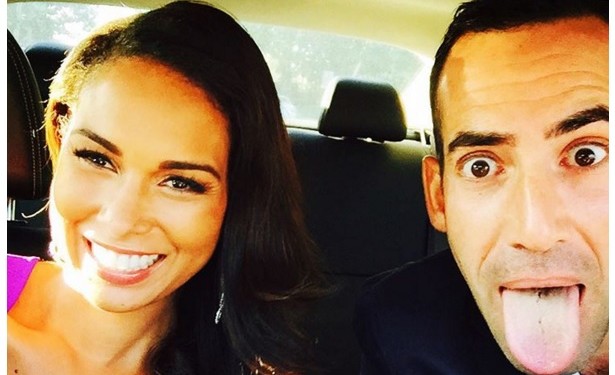 One of the six women featured on the new Bravo show The Real Housewives of Potomac is Katie Rost. She grew up in Potomac and then moved to New York to launch a successful modeling career. She’s walked the runway for Chanel, starred in commercials for CoverGirl, and is now modeling the Nicole Richie Collection on QVC. When not working, the single mother of three (a 3-year-old son and 14-month-old twin daughters) can be found with her bachelor boyfriend, Andrew Martin.

Andrew Martin is an investment broker and advisor at Oppenheimer & Co Inc in Washington, DC. He’s been with the firm since 2013. Before that he worked at Morgan Stanley in Bethesda (2000-2012)) and Prudential (1994-2000). He’s a graduate of Western Maryland College, class of 1993. Real Housewives of Potomac airs Sundays at 9pm on Bravo.