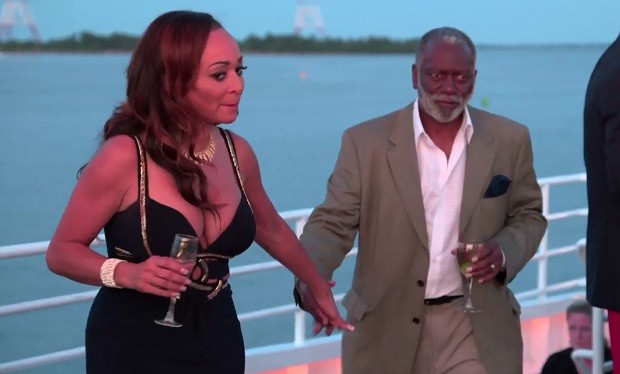 The Real Housewives franchise continues to spread. The newest series takes place in the tony suburb of Washington, DC — Potomac, Maryland. One of the six rich ladies is Karen Huger whose tagline is: “In Potomac, it’s not about who you know, it’s who you are – and I’m everything!”

Karen Huger is rich from marrying Raymond Huger, her husband of 19 years. Raymond Huger worked as a senior executive at IBM for 25 years before starting his own company, The Paradigm Team, an IT company. About five years after opening Paradigm, he married Karen. In 2004 he took Paradigm public and later sold it to government contractor CACI. Raymond Huger is a graduate of Bernard Baruch College and earend his MBA from Fordham. Although Karen lovingly refers to her husband as “the black Bill Gates,” Raymond is worth $40 million. Bill Gates is worth $79.2 BILLION. Real Housewives of Potomac airs Sundays at 9pm on Bravo.