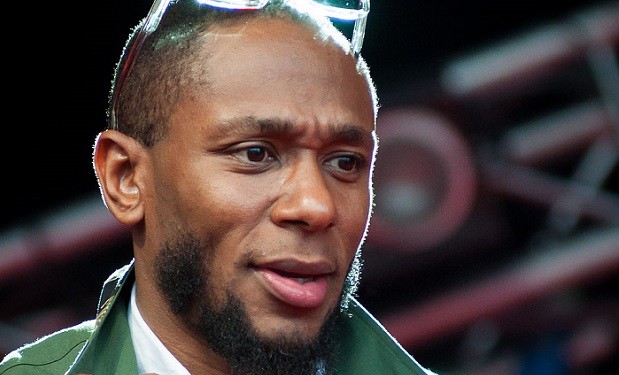 The multi-talented performer Yasiin Bey — known as Mos Def for his penchant for replying “most definitely” in his youth — is in trouble with the law in South Africa. Raised in Brooklyn and at one time a star on Broadway, Mos Def moved to South Africa in 2013. Trying to leave the country last week, Bey found himself detained for overstaying is visitor’s permit and being without a valid passport. (Bey reportedly tried to use a “world passport,” which didn’t fly with South African authorities.)

Bey, who no longer goes by Mos Def, reached out to pal Kanye West so West could let the wide world know about his situation. West posted a “message from Yasiin Bey” on his website, a rhyming recording in which Bey speaks in a arrhythmic monotone about being harassed. He says he’s committed no crime/ Here’s some of it:

Why these police up in my face? Why they raiding my place? Why I don’t feel safe? This is not an expression of fear. This is just to make things clear. My intentions are pure in coming here. And that’s for everything I love or hold dear… I committed no crime. Why is the state wasting my time?