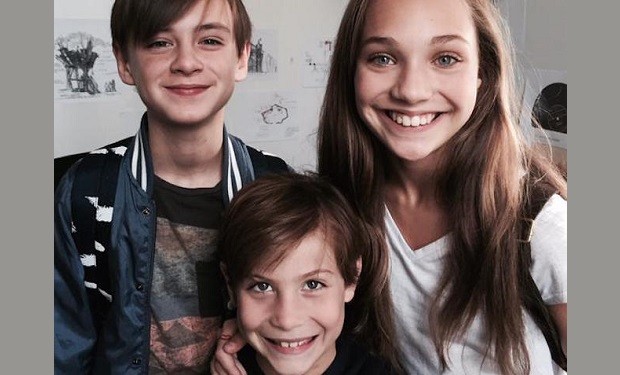 Fans of Dance Moms will see a lot of changes in Season 6. Abby promises to make a big announcement for the ALDC while Jill and Kendall are forced to dance with a substitute while Maddie shoots her first movie. (Jill and Kendall aren’t happy about it.) After starring in three of Sia’s wildly successful music videos – Big Girls Cry, Elastic Heart and Chandelier – it’s no surprise that Maddie Ziegler’s been cast in a feature film.

The film Maddie is working on is titled The Book of Henry. It’s about two little boys (Jaeden Lieberher, St. Vincent, and Jacob Tremblay, Room) who are being raised by their single mom (Naomi Watts). One of them falls for the girl next door Christina (Ziegler) who needs protection from her father (Dean Norris, Breaking Bad, Under the Dome) who happens to be the Police Commissioner. The boy writes down a plot to murder the father in a book. What his mother does when she discovers the book is surprising. Sarah Silverman and Bobby Moynihan also star.