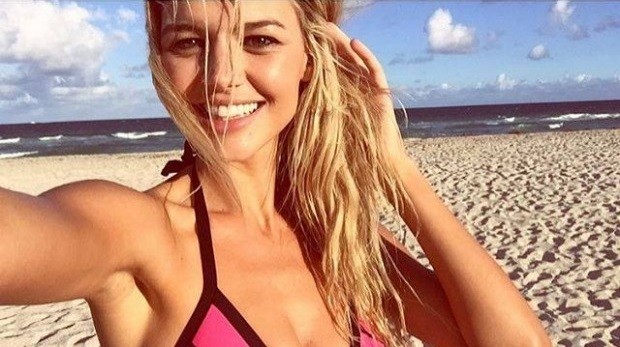 Kelly Rohrbach takes a selfie on the beach / Facebook

Kelly Rohrbach is going to bounce on the beach in red as Paramount resuscitates the lifeguard-centered swimsuit drama Baywatch. The David Hasselhoff show was a global sensation in the 1990s, making the red one piece suit as iconic as the bikini, and minting stars like the remarkably durable Pamela Anderson.

Playing the role of C.J. Parker originally filled — so to speak — by Anderson, Rohrbach has some big spandex to fill. But she’s well-equipped for the job. The athletic standout — she played golf at Georgetown, where she took a degree — grew up by the water in the wickedly wealthy enclave of Greenwich, Connecticut, the richest town in the United States most years. Her father, Clay, is a former partner at the investment firm Morgan Stanley. When his twin boys started liking squash, he built a squash court in their Greenwich home. The Rohrbach fortune extends at least back to the family-owned Wholey’s seafood business in Pittsburgh. And now it continues on the beach.

A pleasure welcoming @kellyrohrbach to our #BAYWATCH family for the iconic role of “CJ Parker”. Yes, she’s a walking smoke stack but more importantly… she’s smart, tough and funny. Just the way we like ’em. Get ready world, we can’t wait to bring you our generation’s #BAYWATCH! You’ll have fun… ?????? (last emoji somewhat inappropriate).