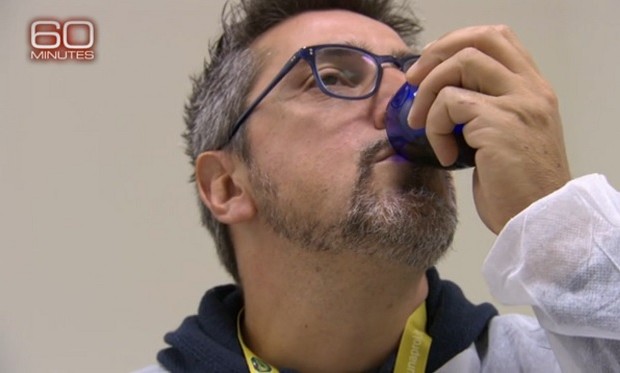 On 60 Minutes, correspondent Bill Whitaker travels to Italy to investigate the “Agromafia.” He’s told that the Italian mafia is making big bucks exporting olive oil by falsely labeling bottles as extra-virgin. How does the government know what’s fake extra virgin and what’s not? There’s a panel of olive oil experts who taste it and authenticate the coveted extra-virgin olive oil, as opposed to regular grade olive oil and other impostors. “They can tell at first sip whether extra-virgin olive oil has been diluted with cheap sunflower oil or canola,” Whitaker reports.

Cameras roll as the testers suck in the oil from little cups “so it reaches the back of their throats.” The olive oil deception is no small problem — it’s a major food fraud trend in Europe. The US alone imports over 300,000 metric tons of olive oil each year. The man in charge of the expert tasters tells Whitaker that they regard themselves as “The FBI of food.” 60 Minutes airs Sundays at 7:30pm on CBS.