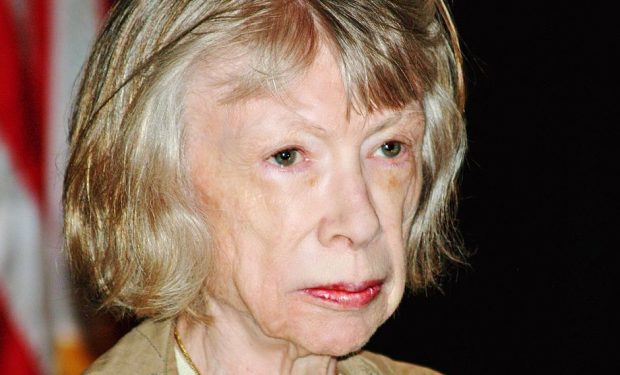 ,” and though Didion is my favorite living writer, I understand why. In the relatively short essay, she is awfully dismissive of many important figures in second-wave feminism. She mocks their commitment to ideology, suggests that their understanding of literature is limited. Perhaps worst of all, she downplays the very real concerns of very real women, dismissing them as “forever children.” She lacks both sympathy and empathy for women who feel deprived by being denied opportunities that Didion herself enjoyed, and for this reason my wife finds “The Women’s Movement” exasperating to read (and she has gone back to it on numerous occasions). But we both recently re-read it so that we could discuss it with a few of my creative nonfiction students, and my wife had to admit that the essay contains some truths that seemed particularly relevant in the America in which we are living in the summer of 2014. “Marxism in this country had ever been an eccentric and quixotic passion,” Didion wrote. “One oppressed class after another had seemed finally to miss the point.  The have-nots, it turned out, aspired mainly to having.” Our culture has no shortage of radical thinkers and crusaders for justice, but too often, I fear, those of us on the left become paralyzed by a type of solipsism that inhibits our ability to see the larger picture, or the forest for the trees, or whatever other cliché you’d care to employ. We wind up fighting amongst ourselves about which group suffers the most, which causes are most important, whose suffering is most acute and therefore most worthy of our attention. And while we do that, the oppressor class—the captains of industry, the Skull and Bones boys, the 1%– tighten their grip on power and reinforce their own manufactured superiority.

Some political pundits like to use the word “angry” as a pejorative—think of all the times you have heard Bill O’Reilly issue a Talking Points Memo about the radical “angry left.” But it seems to me that anger, properly channeled, can be a force for positive change, just as it was in Seneca Falls in 1848, or a Birmingham Jail in April of 1963, or outside the Stonewall Inn in June of 1969. I’m not embarrassed to say that I’m angry about the harm inflicted upon women by the Supreme Court’s recent decisions. I’m angry that legislation has been adopted in some places to make it harder for black people to vote. I’m angry at injustice, but I’m heartened that—if the people I interact with on social media are any indication—other people are angry as well. The challenge going forward, I think, is to remember that this anger at this system of abuse and oppression is what unites us. We need to stay angry, but not with each other. And we must guard against allowing that anger to turn into hatred, which James Baldwin noted in his essay “Notes of a Native Son

” can corrode the soul and destroy the individual. If something good can come out of these terrible recent developments, I hope it’s an anger that unites us, moves us past our differences, and focuses itself on those who try to seize power by inflicting harm on others. The goal, of course, is not simply to empower one individual or any group of individuals; nor is it to destroy any individual or group of individuals. Rather, we need to put an end to a system of inequality that perpetuates itself by pitting people against other people—that, my wife and I concluded upon this most recent re-reading, is “the point” that Didion suggests leftwing movements often miss.

—William Bradley‘s work has appeared in The Missouri Review, Brevity, Inside Higher Ed, The Chronicle of Education, and Utne Reader. He teaches at St. Lawrence University.