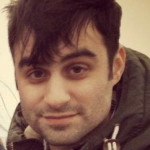 The founder of Baltimore Popfest is only 26, younger even than legendary concert promoter Bill Graham was when he started whipping up Bay Area waves around Janis Joplin and the Grateful Dead in the mid-60s. This year’s inaugural Popfest is a one-day extravaganza (April 6, 2013) at Baltimore’s Charm City Art Space featuring, among its nine acts, such international flavors as Jowe Head (formerly of the U.K. bandz Swell Maps and Television Personalities) and Golden Grrrls (from Glasgow).

If those names aren’t instantly familiar to you, take heart. Pop in this case isn’t so much short for popular as it is the sound a gun makes–or a guitar, anyway, wielded like a weapon. Remember Pete Townsend, the Who guitarist, never set out to play rock and roll–Townsend called his guitar-fueled music Power Pop. Krolian says of his own aesthetic, “It’s more like your Velvet Underground idea.” A New York native, he’s been calling Baltimore home since college. He likes its grit and second-city style, and he likes running into the movie director John Waters at the city’s secret monthly Saturday night Polka raves. He’s got big plans for Baltimore Popfest–maybe it’ll become a little Athens or Austin by the Chesapeake–but he’s mostly in it for love of the sonic. He just wants others to love it, too. Bill Graham was never so pure. In a funky city like Baltimore, where the professional football team is named after a poem, anything can happen. Paul Krolian will provide the music.