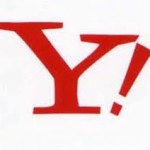 Yahoo, the much maligned former Internet sensation with the super-stodgy 21st century optics, has over $6 billion in annual revenue and a regular audience reach of near 700 million people. It’s the fourth most visited site on the entire Internet.