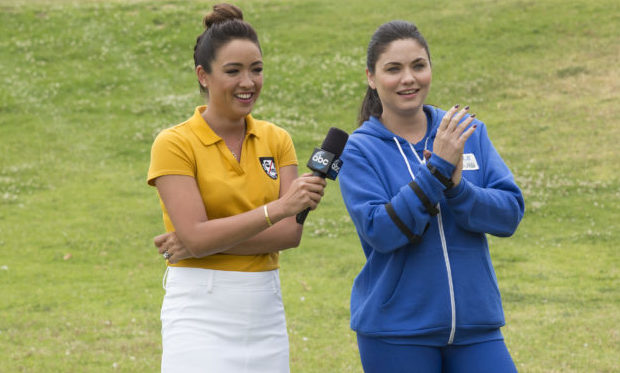 The Battle of the Network Stars is welcoming two groups of actors to the obstacle course – those who played cops and a handful of favorite sitcom stars. One of the most famous cops on TV was CHiPs starring Erik Estrada and Larry Wilcox, and yes, they will be on the Blue Team with Lorenzo Lamas (Renegade) and Jodi Lyn O’Keefe (Gretchen Morgan on Prison Break).

[pictured: O’Keefe starred in this teen Cyrano remake with James Franco in 2000]

O’Keefe is also known for her roles on The Vampire Diaries (Dr. Jo Laughlin), Hit the Floor (Lionel Davenport), Two and a Half Men (Isabella), and Nash Bridges (Don Johnson’s daughter Cassidy Bridges), among others. The Battle of the Network Stars airs Thursdays at 9pm on ABC.