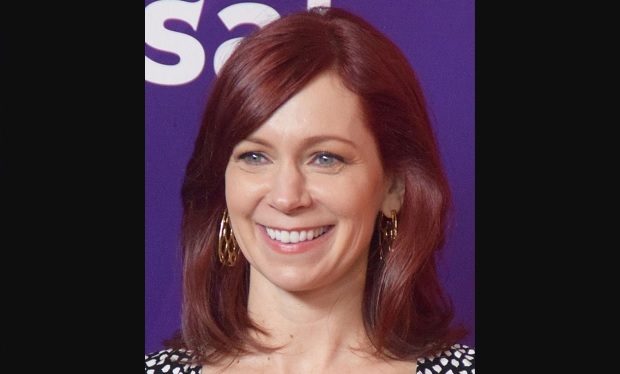 The TV mini-series When We Rise shines a light on feminist activist Sally Gearhart. When hired by San Francisco State University in 1973, she became the first openly lesbian professor to hold a tenure-track faculty position. At San Francisco State, she helped to develop one of the first women and gender studies programs in the country. Gearhart retired from SFSU in 1992. She is also an author of science fiction novels and short stories including The Wanderground.

In When We Rise, Sally Gearhart is portrayed by Carrie Preston. She’s known for her roles on Person of Interest (Grace Hendricks), Crowded (Martina Moore), The Good Wife (attorney Elsbeth Tascioni), Happyish (Debbie), True Blood (Arlene Fowler), and Emeril (B.D. Benson), among others. Fun fact: Preston played the sister of Rachel Griffiths (Diane in When We Rise) in the Julia Roberts film My Best Friend’s Wedding. When We Rise premieres Monday, February 27 at 9pm on ABC.