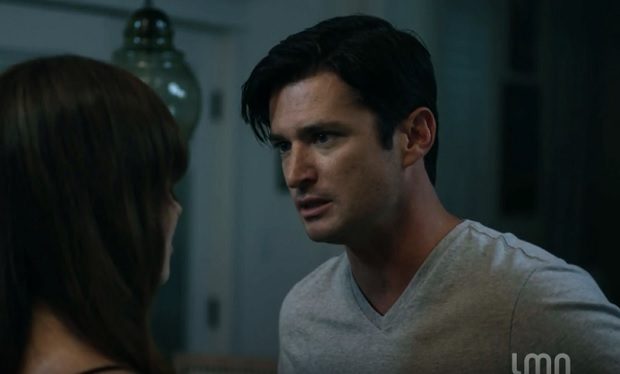 In the TV movie Nanny Seduction, Ben and Kara Turling (Austin Highsmith) hire a new nanny to watch their recently adopted daughter Riley. Ben and Kara welcome Alyssa (Valerie Azlynn) with open arms, Kara even tells Alyssa she hopes she’ll feel like part of the family. What Kara doesn’t know is that Alyssa already knows Ben, starts playing footsie under the dinner table with Ben, and is well, crazy. But don’t call her that – she might kidnap your child or point a gun to your head.

[LEFT: Check out Wes in the stirring We Are Marshall]

Ben is portrayed by Wes Brown. He’s known for his roles on Deception (Julian Bowers), 90210 (Taylor Williams), Hart of Dixie (Dr. Judson Lyons), Private Practice (Ryan Kerrigan), True Blood (Luke McDonald), and in the 2006 film We Are Marshall (Chris Griffen), among others. Nanny Seduction premieres on LMN on Sunday, February 26 at 8pm.