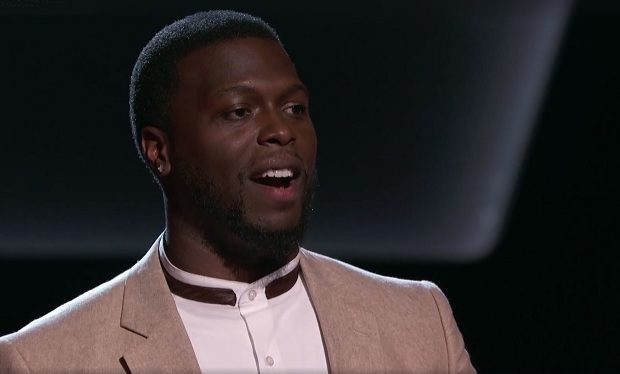 During the Blind Auditions of The Voice Season 12, a 29-year-old “country boy from Georgia” named J Chosen, sings Marvin Gaye’s “Sexual Healing.” Before he finishes the first line of the song — “I’m hot just like an oven” — Adam Levine hits his buzzer. Alicia Keys quickly follows Adam, so do Blake Shelton and Gwen Stefani. But J Chosen doesn’t phone in the rest of the performance, quite the opposite. The special needs teacher demonstrates his vocal range and then makes Alicia Keys blush. So much so that she hides behind Gwen Stefani’s chair.

After the performance Blake tells J his “every note is pitch-perfect” but is interrupted by a passionate Adam who tells J, “You even have the Marvin Gaye growl, no one can do that. The possibilities are endless.” Alicia does her best to sway J by telling him that Marvin Gaye is in heaven giving a standing ovation. She also compliments him on showing so much emotion. “We don’t get an opportunity to see this beautiful vulnerability from men too often,” says Alicia. The Voice airs Mondays and Tuesdays at 8pm n NBC.