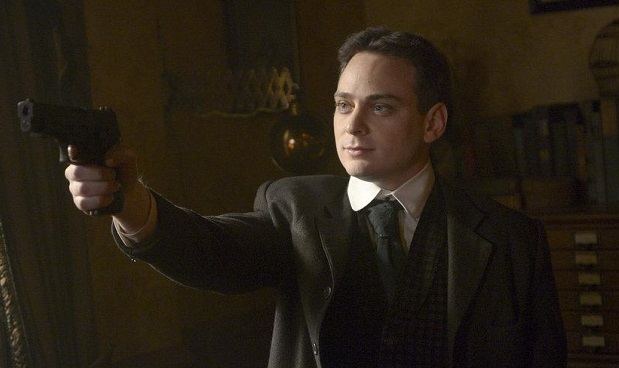 In the Timeless episode ‘The World’s Columbian Exposition’, Flynn (Goran Visnjic) kidnaps Lucy (Abigail Spencer) and takes her to the 1893 World’s Fair in Chicago where Flynn wants to get in front of financier J.P. Morgan (Marcus Hondro). While trying to find Lucy, Wyatt (Matt Lanter) and Rufus (Malcolm Barrett) get trapped in a torture chamber, it’s up to master illusionist Harry Houdini to save Lucy.