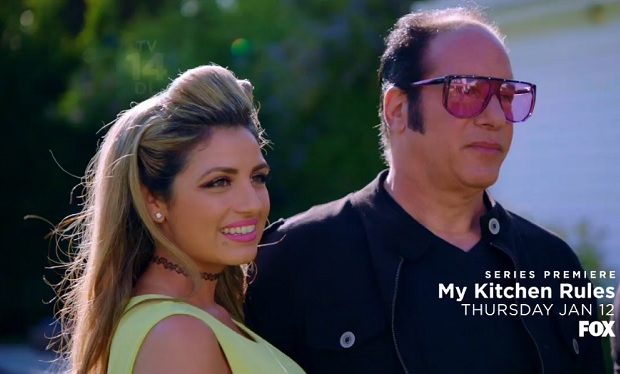 Andrew and Valerie married in 2010 and then separated in 2014. They divorced but clearly are still on good terms. Clay told People magazine that he and Valerie celebrated their divorce at a fancy Hollywood restaurant. “The word ‘marriage’ was putting a pressure on our relationship and since we filed, we’ve been more in love and have had more respect for each other than ever before,” Clay says. “We celebrated the divorce at Craig’s in (West) Hollywood.” Based on their chemistry on My Kitchen Rules, which airs Thursdays at 9pm on FOX, it doesn’t look like the divorce stuck.

????? @Regrann from @andrewdiceclay – At #Baazar with @itsvalvasquez …How was everyone’s first week of the year??? Betta be good, we’re only 1 Fuken week in #TeamDice #LasVegas #LosAngeles #AndrewDiceClay #Regrann